Recommended Empathy Reading and Other Media 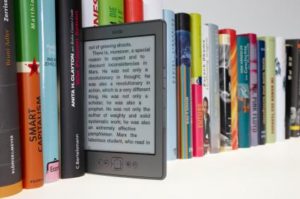 We invite you to share recommendations for books, movies, articles, YouTube clips, or any other media source that will help people increase their understanding of what it’s like to be a person of another culture, religion, sexual orientation, and so on.

We recognize that no one source can speak for the experiences and sensibilities of an entire group of people. Nonetheless, reading and viewing stories whether fictional or factual about other groups can be very enlightening and helpful in increasing our empathy toward others.

Recommendations From Our Visitors

Book: Sweetness in the Belly by Camilla Gibb. This compelling novel follows a white British woman who was orphaned in Morocco, raised in a Sufi community as a Muslim, spends her teenage years in Ethiopia, and eventually finds herself in the refugee community in London after the civil war in Ethiopia. An outsider longing to fit in and find her identity in every place she lives, she finds that the Qur’an gives her the roots and the self she is seeking.

Book: The Inheritance of Loss by Kiran Desai. This stunning second novel from Desai (Hullabaloo in the Guava Orchard) is set in mid-1980s India, on the cusp of the Nepalese movement for an independent state. All of the characters struggle with their cultural identity and the forces of modernization while trying to maintain their emotional connection to one another. In this alternately comical and contemplative novel, Desai deftly shuttles between first and third worlds, illuminating the pain of exile, the ambiguities of post-colonialism and the blinding desire for a “better life,” when one person’s wealth means another’s poverty.

Movie: Paper Clips. “When the students of Tennessee’s Whitewell Middle School began studying the Holocaust as a way to learn about intolerance and diversity, nobody could have predicted the results. In 2001, the Paper Clip Project culminated in a unique memorial that changed the lives of those who created it as well as touching Holocaust survivors and countless communities.”

Movie: The Inner Tour. Director Ra’anan Alexandrowicz takes viewers on a journey through Israel along with a busload of Palestinian tourists. Heartbreakingly honest, this documentary poignantly puts into focus the human emotions underlying the vast and overwhelming Middle East conflict: A stop at a kibbutz, for instance, shows how one side can feel like courageous pioneers even as the other side struggles with feeling violated and enraged.

Movie: The Syrian Bride. Eran Riklis’s film digs into the Middle East conflict with the tale of a Druze woman who lives with her family in the Israeli-occupied Golan Heights. Her family makes plans for her to marry a Syrian television star from Damascus, but the wedding must take place at the border, and once she marries and crosses into Syria, she’ll never be able to return home.

Movie: Himalaya As the denizens of a Tibetan village prepare for their arduous annual trek to exchange salt for grain, the community’s allegiances are split between aging chieftain Tinle (Thilen Lhondup) and rebellious young Karma (Gurgon Kyap).

Movie: Samsara. A spiritual love story set in Ladakh, India. A young monk has devoted his entire life to deepening his spiritual practice. After a three-year solitary meditation retreat he experiences a sudden sexual awakening and begins to question the spiritual values of monastic life.

Movie: Osama. This stunning film, the first to be made in a post-Taliban Afghanistan and inspired by a newspaper account read by director Siddiq Barmak, recounts the efforts of a family of women to survive under an oppressive regime. To eke out a meager living, they dress up their 12-year-old girl, Osama, as a boy so she can work.

Movie: Baraka. A meditation on the human condition. The relationship between humans and their environment is the subject of this mesmerizing visual study from Ron Fricke. The images — which Fricke gathered from 24 countries — range from the daily devotions of Tibetan monks and whirling dervishes to a cigarette factory and time-lapse views of the Hong Kong skyline. Diverse world music accompanies the visuals.

Movie: Water. After losing her husband to illness, 8-year-old Chuyia is forced to live out the rest of her days in a temple for Hindu widows, communing with 14 other women and a cruel headmistress who agrees to take her in.

Movie: Dor. In this story of love, loss and redemption, two women from different walks of life are bound by tragedy when one of their husbands has a fatal accident and the other is accused of murdering him. When news of the events — which occurred in far-off Saudi Arabia, where the men had been working — reaches the women, one sets out to find the other, since she alone can save the accused from a death sentence.

Book: The Kite Runner by Khaled Hosseini. A deservedly-popular novel that begins in pre-Taliban Afghanistan and continues through the Taliban regime.

Book: The Full Matilda by David Haynes. This novel follows an African-American family through several generations.

Book: The Spirit Catches You and You Fall Down by Anne Fadiman. A fascinating book about Hmong culture.

Book: Mountains Beyond Mountains by Tracy Kidder. The true story of Paul Farmer, a doctor who worked with the poorest of the world’s poor in Haiti.

Book: Samir and Yonaton by Daniella Carmi. This book for grades 4-8 or ages 10 and up is about a Palestinian boy and an Israeli boy who find common ground and a friendship while hospitalized.

Book: The Namesake by Jhumpa Lahiri. This book touches upon the immigrant experience, the clash of cultures, the conflicts of assimilation, and most poignantly, the tangled ties between generations.

Book: Roads Less Traveled by Catherine Watson. This book of travel essays takes us into many worlds.

Book: The Absolutely True Diary of a Part-Time Indian by Sherman Alexie. A teen boy on the Spokane Indian Reservation beset by health problems and poverty issues, decides to attend school off the reservation earning the enmity of his peers.

Book: Ordinary Wolves by Seth Kantner. This vivid novel is about a white boy raised among native Inupiak people on the harse Alaskan tundra.

Book: Audrey Hepburn’s Neck by Alan Brown. A brilliant novel about a young Japanese boy who is infatuated with all things American, especially females. The novel follows the main character from one culture shock to another.

Book: Child of my Right Hand by Eric Goodman. A novel about a gay teenage boy.

Book: You Just Don’t Understand: Women and Men in Conversation by Deborah Tannen.

Book: Are There Closets in Heaven by Carol Curoe and Robert Curoe. This book tells about a lesbian’s experiences coming out to her religiously conservative family. It is co-authored by Carol’s 65-year-old, staunch Catholic father.

Book: Thinking in Pictures by Temple Grandin. An account by a university professor who has autism on what it is like to be an autistic person.

Book: The Curious Incident of the Dog in the Night-Time by Mark Haddon. A novel that takes the reader inside the mind of a fifteen-year-old autistic boy.

Book: Kids Parents and Power Struggles by Mary Sheedy Kurcinka. Conflict happens not only on large scale but also in our own homes and families. This book explains how parental empathy for children is the first crucial step in defusing and solving battles with children. Ms. Kurcinka helps parents understand what is going on inside the head (the thinking processes and the feelings) of children when power struggles erupt.

Book: Together for Tomorrow: Creating Community Through Intergenerational Dialogue by James Gambone.

Book: Born to Be Good by Dacher Keltner.

Book: The Science of Evil: On Empathy and the Origins of Cruelty by Simon Baron-Cohen.

Book: Emotional Intelligence: Why It Can Matter More than IQ by Daniel Goleman. This book says that empathy is one of the five key traits of emotionally intelligent people and explains why it is so important in human relations.

TV Series/DVD: 30 Days by Morgan Spurlock. People are made to live for 30 days in others’ places. For example, an atheist lives with evangelical Christians, and an anti-immigration proponent lives with an illegal immigrant family.

Book: The Age of Empathy: Nature’s Lessons for a Kinder Society by Frans De Waal. From an internationally renowned authority on primatology and psychology comes a fascinating investigation of empathy in both humans and animals.