How I developed empathy as a child 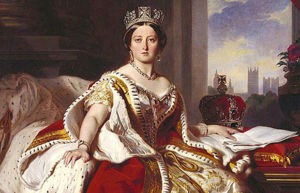 I was an empathetic child. I believe almost all children are inherently empathetic, because human beings are tribal, social animals who need to be able to relate to the other members of their group.

Some people may have a condition that precludes empathy (apparently, autism may make empathy difficult, for example.) Some people have empathy snuffed out because of horrendous abusive childhoods. I just finished reading In Cold Blood, the classic tale of a true, vicious homicide of a family in Kansas in 1959, written by Truman Capote. That killer had had an abusive childhood in many ways, and never had any remorse for what he did. He was a sociopath, and he just couldn’t feel anything for anyone except himself.

But most people are, to varying degrees, caring and empathetic persons. (At least to people in their own group, if not so much to outsiders who do not share their religion, culture, and so on… but that’s another issue.)

One way that my empathy was developed was through TV. I recently heard a reference to the old TV reality show, “Queen for a Day”, and that reminded me that my mother had to finally forbid me to watch it, because I found it too devastating. On the show, three contestants shared their sad stories–for example, about how they had no money and their husbands were out of work, and their washing machine and dryer had broken down and they were washing everything in the bathtub and hanging the laundry all over the tiny apartment which they and their five children lived in; or maybe it was a handicapped child, and they had no money for a wheelchair and so had to carry him everywhere, but the woman’s back was giving out… Each contestant had a heart-breaking story to tell. The audience voted via an applause meter for one winner–who would be considered the most sad of all? Music played, and the winner was draped in a red velvet robe and crowned. She got her needs met, and got other wonderful prizes as well. The other two contestants got small prizes, but did not get their problems solved. At the end of each show, I was sobbing. All of their stories were so hard, they all deserved to have their needs met, and it was so unfair. Which it was. That was a really cruel reality show.

I have a distinct memory of another time, when we had a babysitter, and we were watching the TV show “Bonanza.” On the show, a lovely and sympathetic female character got trampled to death under the hooves of a spooked horse. Again, I was sobbing: out of control, can’t-stop-heaving sobs. I remember the poor babysitter was so distraught–she didn’t know what to do. (Yes, I was also feeling empathy for what the babysitter was feeling, but I still couldn’t stop crying.)

Anyway, media in general is a good way to expose our children to other people, other viewpoints, other cultures, and other circumstances of life. TV, movies, and books. I read a lot of books as a child. The one I could never forget (although I can’t remember the title anymore, unfortunately) was about a girl who wore a Star of David (which I had never heard of) on a necklace, and how she faced prejudice. That one had a big impact on me.

Of course, my parents own demonstration of empathy toward others, both in small, everyday ways, and in larger ways, was very important. My dad was the chaplain of an organization called “Indoor Sports,” for handicapped people. Every year our church put on a big picnic to which most church members, and many members of Indoor Sports, came. Seeing and interacting with people such as the man who had such profound cerebral palsy that he was very difficult to understand when he talked was eye- and heart-opening.

Finally, my parents treated all of us children with profound empathy. True confession here: one time, I used that to my advantage. I was riding my trike in the driveway and the garage, and jumped off it and let it sail forward. It ran right into a stack of storm windows, breaking some of them. Oh oh. I deliberately worked up a good set of tears, and then went inside to tell my father. He was so sympathetic to how I felt that instead of getting angry at me, he comforted me, and I didn’t get in trouble at all. Dad, if you’re reading this, sorry for playing on your own deep sense of empathy. But thanks for helping me to become an empathetic person.