The two sides of empathy 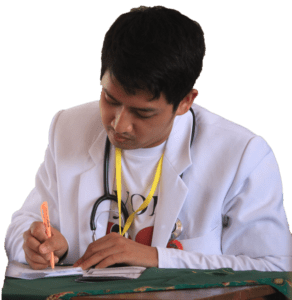 The empathy symbol stands for people reaching out to each other and opening up to feel what the other is feeling, and to understand the experiences of the other. But the “other” can be either of two things–part of a group, or an individual. So we talk about people of different races, or different religions, or different cultures, or different sexual orientations reaching out to try to empathize with each other. But there are individuals in those groups, and individuals vary extensively in personality, experiences, emotions, families and so many other ways.

So while we may try to understand others as members of a group, it can veer into stereotyping if we’re not careful. People get profiled for lots of reasons, such as on social media by advertisers trying to sell them something. People get profiled in person, as well. All the time. As evidenced by the spate of publicity about not just DWB (driving while black), but BnB’ingWB, sleeping in a dormWB, sitting in a coffee shopWB, and on and on…

I was talking with my neighbor, a black man living in a suburban neighborhood, who is a professor in the medical school at the university. He said he often gets profiled as a white man, because of his education and job, and because of lots of other reasons, including the magazines he subscribes to. Even people of color, such as custodians in his building, sometimes assume he is not Dr. B. when they enter his office.

Women get this when they are the doctor, and the patient assumes they are the nurse and demands to see a doctor. Male preschool teachers are assumed to be a dad, not the teacher. Elderly people are frail, and lesbians love sports, and mentally-ill people are dangerous, and…well, you can fill in the stereotypes. Sure, it’s fun to laugh along with a Jewish comic when she makes jokes about growing up Jewish, but that doesn’t mean their description is going to apply to the next Jewish person you meet.

Yes, people in a group often have common experiences which shape them, or cultural norms that they share. It’s a good thing to expand our empathy to people outside of our own groups, for sure. As long as we always remember that every individual is just that–a special, unique individual person. As long as we reach out and open ourselves up to understand persons we meet without assuming anything about them before we’ve even gotten to know them. As long as we maintain our empathy for each member of humanity, the one group we all have in common.