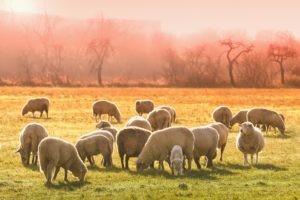 We hear a lot these days about how tribalism is increasing–us vs them, reds vs blues, etc. Along with this, we hear calls from governmental leaders, including the president of the United States, to embrace nationalism. In fact, President Trump takes a general attitude that it’s the U.S. vs the rest of the world, and if anyone else wins, we lose.

Human beings have always had a need to belong to a group. We are a social species. We often define ourselves by the common characteristics we share with members of our group. Long, long ago, humans did literally belong to tribes–tribes that often fought each other when they encountered each other. But, the world in general is growing more and more interdependent. We are finding that cooperation often works better than conflict, for everyone.

Still, it is natural to want to belong to a group. We are part of our neighborhood, and we know and care for our neighbors. We are part of a family. We identify as a man or a woman; as a heterosexual or a member of the LGBTQ community; even as a Vikings fan or a Green Bay fan. We may be a member of a church, a synagogue, temple or mosque. We may join a book club, or a musical group, or any number of groups. We become friends with people we work with. Lawyers are part of the “tribe” of lawyers, teachers are part of the “tribe” of teachers, and so on. We form our own tribes, because that’s what human beings do. We gather. We associate with each other.

The key is, to be a member of a “tribe” it is not necessary to denigrate people who are not members of your group. That’s when things go wrong. That’s what leads to White Nationalism, to the shootings of strangers who are killed simply because they are members of a group that is hated by the shooter, to the rejection of immigrants who are simply trying to make a better life for themselves.

Groups are not homogeneous, of course, and that’s all to the good. My neighborhood has single people, young families, retired people, people of different races, people of different political persuasions. Some people put up Christmas trees at this time of year; others are gathering this weekend for Hanukkuh. We all get together every year for National Night Out, and we all talk to each other and continue forging those connections.

The problems often arise when someone feels alienated and not a part of any group. That’s when some people turn to online hate groups, such as the recent “incel” misogynist hate movement, to find an identity. That’s when some people turn to finding an identity in terrorism. People have a huge need to belong, and if they can’t find it in a positive way, they will find it however they can. The Southern Poverty Law Center reports that hate groups are growing.

Are there ways to reach out to people who feel alienated, who can only feel a sense of belonging by attacking others? Yes, although it can be hard. Empathy circles, where people on the right and left meet to listen to each other, are one way. Some people host foreign exchange students, welcoming young people, who might not feel like they belong, into their homes and culture. Some cities host meetings where they invite residents to come and talk to each other about important topics, such as racism. My city of St. Louis Park, Minnesota, did this, and total strangers came together to talk, share, learn from each other, and make connections. Sometimes it’s just someone striking up a conversation with the person sitting next to her on the bus. Sometimes it’s a new teen center, where lonely, alienated young people can make connections and feel valued.

One of my “tribes” is my book club. Last month we read a book called “Association of Small Bombs”, a fictional account of terrorists in India and the aftermath of their bombing in a marketplace. This was a very disturbing look at how a member of a small terrorist cell finds his identity only in his group, and completely dehumanizes the men, women and children he blows up in the market. We are currently reading a book that is the exact opposite. It is a memoir called “The Shepherd’s Life”, and takes place in northern England. In this book, we experience the very positive effects of belonging to a “tribe”, in this case the small group of farming families who raise sheep in the Lake District. As James Rebanks tells it, “My grandfather went so far afield as Paris for a trip to an agricultural fair once. He knew what cities had to offer, but also had a sense that they would leave you uprooted, anonymous… The potential wealth counted for little or nothing set against the sense of belonging and purpose that existed at home.”

So, is tribalism bad? Not if it means belonging and connection. We are all part of the human tribe, and the more we experience connections and empathy with other human beings, the more we feel a connection and empathy to all of humanity.The earth is our ultimate tribal home.